Thunderstruck 2 slot is possibly the most well-known Microgaming 243 way game. Featuring Norse Gods and mythology including Odin, Thor and The Valkyrie you get single symbols and 2x Wilds on all reels. Like its sister games Immortal Romance and TFROL slots you have the random in-play feature that turns 1 to 5 reels Wild, in the case of Thunderstruck 2 the ‘Wildstorm’ where Thor jumps down in a display of power and lightning. Land 3 or more of Thor’s mighty hammer and you trigger a choice of 4 free spins rounds. Valkyrie awards 10 at 5x and it the only retriggerable one. Loki awards 15 with his Wild Magic symbol possible on reel 3 which spread Wilds out, usually where they’re useless. Odin awards 20 where his Ravens will land on the centre reels if a win has come in, either as 2x Wilds 3x Wilds or possibly both. Lastly Thor offers 25 spins with Rolling Reels which increase multipliers up to 5x on successive wins. RTP is 96.65%.

Below is a selection of fully UKGC licensed reputable casinos offering bonuses for UK players and players in many other countries too.  Please read the crucial terms contained within the banner for each casino. Good Luck! 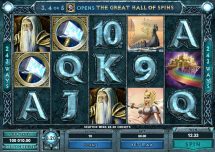 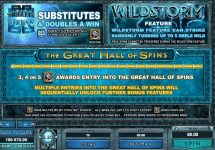 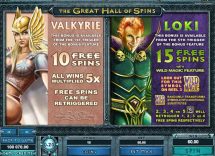 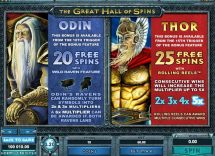